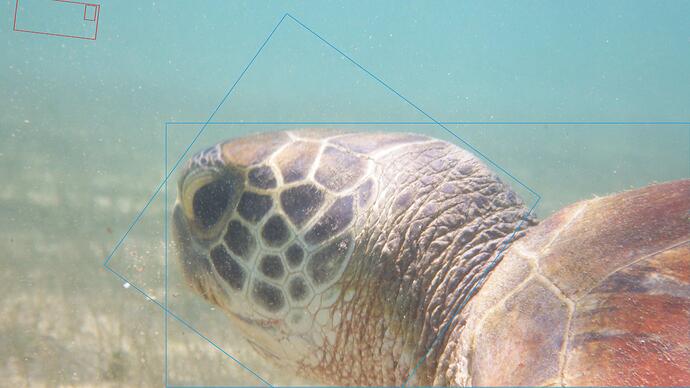 We’ve just launched our newest machine learning component on the Internet of Turtles, called the assigner. This only affects the behavior on images with more than one turtle.

As IoT users know, our detector draws two bounding boxes on each turtle: one around the whole animal, and a smaller one around the head where we perform identification. On images with multiple turtles–say, two head annotations and two body annotations–the assigner determines which head goes on which body. We previously made this assignment heuristically with some if-then logic about where the annotations land on the image. The new assigner addresses this problem in a more robust way, using machine learning-optimized logic to make the assignment decision.

On our test images with multiple turtles, the assigner is 88% accurate. This means that 88% of images have assignments made perfectly. If there are errors there is usually just one, a head that remains unassigned to its body—98% of multi-turtle images have one or fewer assignment errors. These numbers are rough estimates as very few IoT images actually have multiple turtles, in part due to the previous lack of an accurate assigner. Due to this lack of training data (and testing data) we made our own, constructing thousands of plausible-yet-fake multi-turtle photos by essentially pasting turtle annotations into the background of other turtles’ images. Because this pasting logic made some very challenging examples, I expect the real accuracy to be higher than 88%. But we won’t know for sure until we have more multi-turtle data on IoT. At that point we may choose to retrain the assigner on the larger, real-er dataset, bootstrapping the mutli-turtle system.

In any case assigner errors can be easily fixed by the researcher whenever they are noticed, the same way as before. A false negative assignment is when a real turtle’s head and body are not assigned as the same individual by our system. If you see this error Wildbook will create an extra encounter for one of the annotations, thinking it’s a unique individual. From your encounter, you can click through to the erroneous duplicate encounter and delete it to undo this mistake. A false positive assignment is when the head and body of two different turtles are mistakenly labeled as the same animal by Wildbook; this mistake can be undone from the annotation menu on the encounter page.

So, upload all those multi-turtle photos you’ve been keeping from us! Or just continue using IoT as always, enjoying the new assigner.