What happened?
Tried to assign an encounter to a known individual “Aspen” and discovered 2 Aspens in the system, with the same Default ID:

Interesting to note that one of these ID’d Aspen records is not showing any encounters on the Individual page. I know it says “not all encounters may be visible” but none is unusual, I’ve

This should not be possible? Not sure how it could have happened - thoughts?

And here is another one. 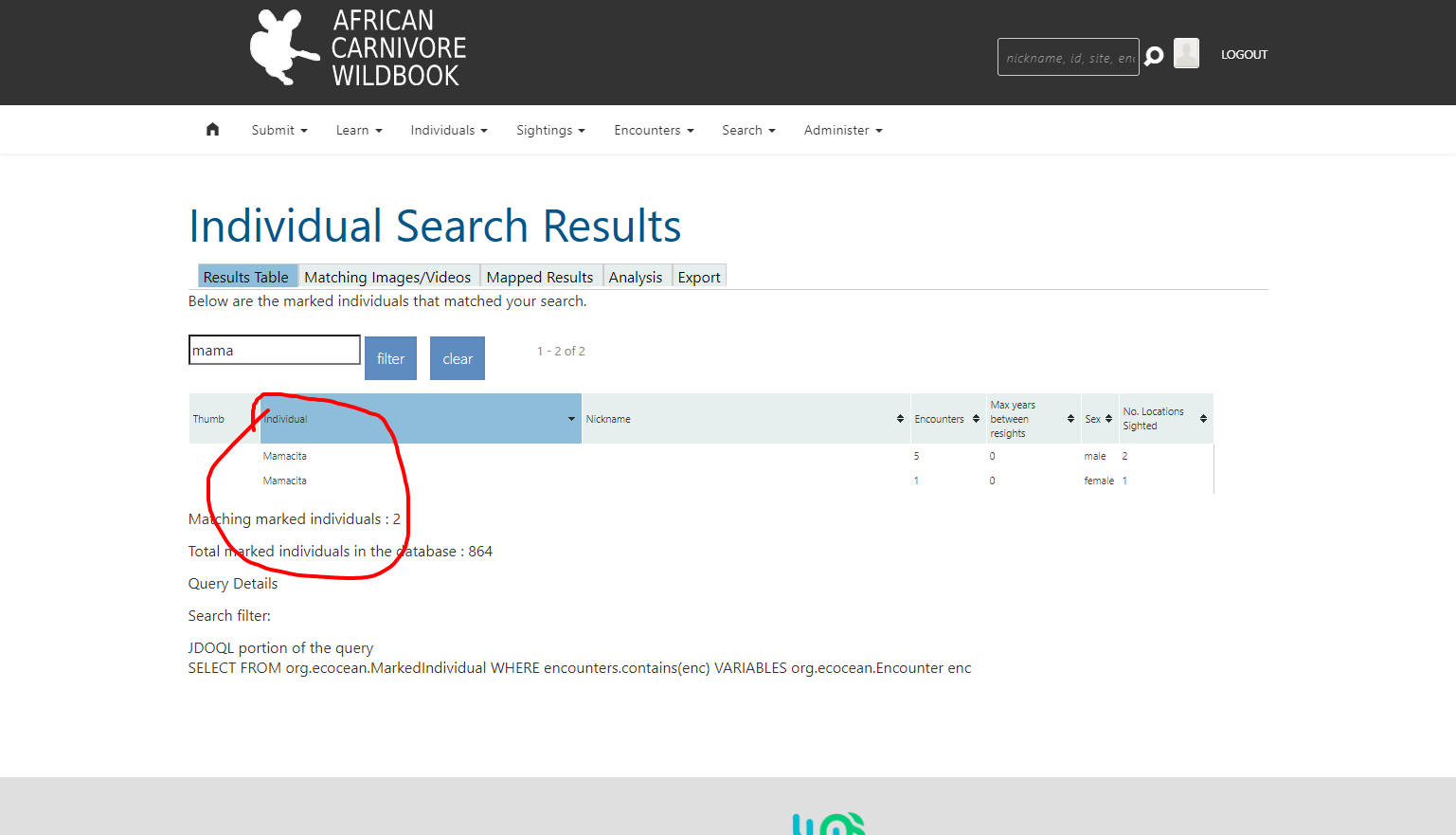 With the Mamacita records, the ID was not in the bulk upload, it was only added as an ID in ACW.

I hope all of this info helps with the diagnostics.

After filing the list of additional dupes above yesterday, I remembered an upload I did in Feb of missing ID’d dogs in ACW. The pics were in the same folders as all the other ID’d dogs that were originally uploaded earlier last year but I couldn’t find them in ACW. So I did an upload of them in Feb. I’ve sent that upload file to the services@ email. It’s not a 1-to-1 match for the list of dupes above but there is overlap. Hopefully it’s part of the puzzle and not a red herring.

Hi, @ACWadmin1 !
I’m looping back through really old community posts that look like they slipped past us. Is this still an issue?
Thanks,
Mark

Hi @MarkF - this is still an issue. If you log in and search for these various individuals using the magnifying glass search function, you will see what we see.

I think that I was finally able to reproduce the issue!

At least one way to reproduce the problem is this:

For some (I’m sure totally and completely crazy) reason, under these circumstances, a NEW individual with the same name gets created, rather than the expected behavior of simply attaching the encounter to the individual that already exists in the database with that name.

I first noticed this issue upon inspection of the duplicate individuals… every one I looked at (which, granted, was not exhaustive) showed that at least one of the two individuals had a history in which they were part of a project but eventually removed from the project.

I’m filing a ticket for this as WB-1893. It seems gnarly, non-critical, and has a workaround, so I can’t offer a useful estimate of when someone will attack the issue.

In the meantime, here’s a workaround for merging individuals: 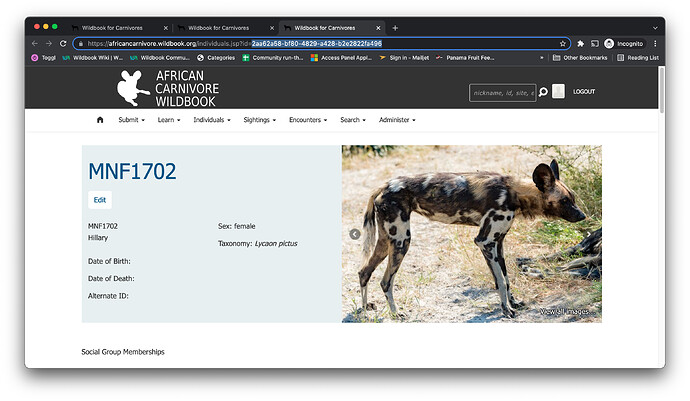 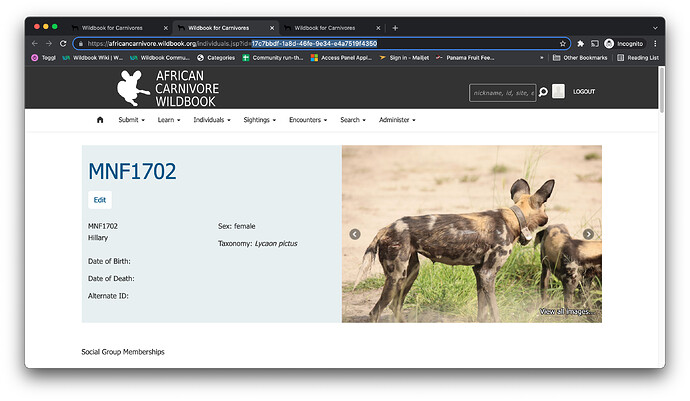 Go to the following URL:

. From there, you should be able to merge the two individuals into one individual.

I believe that I have ruled out bulk import as a culprit. Or rather, I at least have a counterexample that I used that did not produce a duplicate individual. This certainly doesn’t exculpate bulk import.

I have also ruled out simply assigning an encounter to an individual that already exists; in this case, it behaves as expected and just adds that encounter to the individual’s encounter list.

I still would like to do a little bit more investigation of the submitterID stuff that was mentioned in the related post Missing submitter ID causing duplicates in new ID uploads - #4 by ACWadmin1, so I (or whoever else takes on this ticket), will still have some investigation and follow up to do on that front.

I hope that this at least provides you some insight and a workaround.
-Mark